Red stone forest can be said to be a rare thing in nature. This red stone forest in Guzhang County, Xiangxi Autonomous Prefecture, Hunan, covers an area of ​​about 30 square kilometers. It is currently the only red carbonate rock formed in the Cambrian in the world. forest.
When you arrive by car in Guzhang County’s Jitong Township, the large stone forests that appear in front of you will quickly catch your eyes: on both sides of the road are mountains with unique shapes and red all over; on the peaks, Pieces of red rocks and green plants are mixed together, red and green complement each other, and the scene is beautiful.
Get out of the car and walk into the Red Stone Forest. The sight in front of you is even more eye-opening. Standing from a high place and looking from a distance, I saw that the stone forests all over the mountains and plains are extremely red, like a fairyland; the red and colorful stones all over the country have different shapes and thousands of gestures, some standing on the mountain, some rising from the ground, one after another. Simple and elegant, magnificent. The more you go inside, the more peculiar the shape of the stone forest. On a tall boulder, a stone is lying there like a hedgehog. It has a long pointed beak and thorns all over its body. It looks at the sky ghostly, as if thinking about how to steal the moon into its hands; not far away There are two rocks like a pair of tortoises playing around. The female turtle has a flat head and runs shyly around in a circle, while the male turtle raises her head and trots to chase her. The turtle pattern on her back is clear, and her head and body are extremely It looks like a spectacle. In a relatively open space, there are several stone peaks that live next to each other. They are shaped like Buddha’s hands, with clear textures on the palms, and the roots of the finger joints… In the red stone forest, there are many canyons, streams and clear springs, and Like carpet-like lawns and ancient wisteria flowers, together with the red stone forest, they form a beautiful and exquisite natural garden.
The magic stone forest will “change face” 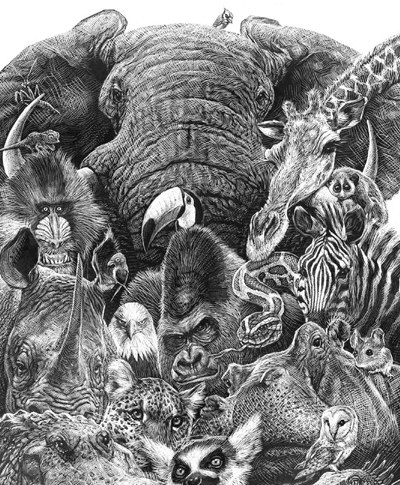 Walking in the red stone forest, if you observe carefully, you will find an important detail: every red stone here has a layer of fine folds, like a coral reef, which makes you involuntarily think of the reef of the sea.
That’s right, these wrinkles are caused by the waves: the sea water throws waves and roars, wave after wave hits the reef on the shore, and over time, the reef is washed out by the waves. what on earth is this kind of happenings?
It turned out that about 450 million years ago, the Red Stone Forest area was a vast ocean, in which all kinds of creatures lived. These creatures continued to give birth to new life, and at the same time their lives would gradually come to an end. The bones of dead creatures deposited together with carbonate materials containing a large amount of silt brought by the river, and slowly formed limestone at the bottom of the ocean. Later, a large-scale crustal movement occurred in the area where the Red Stone Forest was located, and the seabed rose to land, and the limestone that was originally on the seabed also came out of the water. Under the dissolution of water, the hard limestone gradually turned into stone buds and pillars. However, at this time these stone buds and stone pillars were still “hidden in the boudoirs”-they were covered by the magma gushing from the cracks in the earth’s crust, forming a thick layer of magmatic rock on the surface. At this time, God came to help. Under the rain washed away, the magma rock was finally weathered and eroded, and the buried stone buds and pillars could be seen again. This is the red stone forest we saw.
Red skin is yesterday

After understanding the past and present of the Red Stone Forest, the doubts in your mind must have not been completely eliminated. So what is the “red skin” of the Red Stone Forest?
We all know that the main component of stone forests is carbonate, and carbonates are generally gray. This is like the stone forests in Yunnan, Guizhou and other places. They are mainly gray. The strange red stone forests in Guzhang County , Can be said to be unique in China!
At first, people thought this stone forest in Guzhang County was Danxia landform. The Danxia landform is also a very peculiar geographic form, and its mountains are mainly red. However, after the experts came to investigate, they quickly rejected this claim, because they discovered that the stone forest is composed of carbonates, and the mountain of the Danxia landform is composed of red glutenite. The hardness is far less than carbonate rock.
After in-depth and careful investigation, the experts concluded that the “red skin” of the red stone forest is caused by the difference in rock material, because the stone buds and pillars have a variety of colors: those with heavier mud content , Generally gray and gray-green; those with more carbonates are generally gray-white; and those with more iron will form red after oxidation. The rocks in the Stone Forest of Guzhang County are bright red because they contain a lot of iron.