The 2018 New York exhibition has just ended, it is like a wonderful feast to escape from the world. Both adults and children, as long as there is a trace of fantasy, are gathered here in their own unique ways. In addition to a variety of live-action film and television productions, the live release of the game works, the fans of the fans gathered (“Sorcerer Stone” in the Americas 20th anniversary), and the extremely eye-catching cosplay, and several major toy manufacturers linked with animation works Joining is also one of the highlights.

For example, MEZCOTOYZ, exhibited the ONE:12 Collection’s Marvel series, its outstanding action design and expressions and other details, it is amazing that small-scale sculpture skills have been refined; Sideshow mainly contracted Star Wars, Marvel, DC, and the end Derivatives such as the Lord of the Rings, new punishers and venom toys, also for the next wave of real-life movies; XM Studios exhibited the sculptures of Batman and his villain, breaking through the wall From two-dimensional to three-dimensional, the fans’ fantasies become more specific and accessible.

These toy manufacturers sound strange and strange, and it seems to be different from the “toy” concept we have in mind. They retain the animated image, but they pass through the screen and then into real life, becoming a presence that can be used for play and close-up viewing.

Toy evolution and market trends
Trend Toys, or Art Toy & Designer Toys, are “crafts” designed and produced by professional designers and artists. They are basically not mass-produced, and their value has increased accordingly.

These toys are not products for children. They generally have a certain cultural connotation or background story, and the value of art collection is even greater than the nature of play. The cross-border creation of toy manufacturers and design circles has enabled the toy to achieve a gorgeous turn towards the adult consumer world. It has also found a brand new art platform for designers who are full of childlike ideas to squander their imagination.

It is widely said on the Internet that art toys are the artistic style created by Hong Kong designer Michael Lau at the end of the 20th century. When he was holding a solo exhibition, he made the character of his painting into a 6-inch silicone toy, which caused great repercussions. In the same year, many Hong Kong artists and cartoonists tried, including Eric So, which released 24 fashion version small event dolls based on Bruce Lee. The trend of silicone dolls is surging.

This extended the European and American designer toys. European and American comics have their own unique worldview, and the fan base is strong enough. With such a good foundation, the development of the toy market is imperative. Sometimes, vendors can even create new things with their own worldview based on story prototypes and creative concepts. For example, in the popular Marzco Toyz THE ONE:12 COLLECTIVE Marvel series, DC Batman used the stalk of the film of the Japanese Warring States to create a new “Five Waves” character toy, which enhances its artistic character. grade.

On the professional trend toy app, every day, there are all kinds of search for people in the tide. The data shows that the current global trend toy market has exceeded 100 billion US dollars. Like Nara Michi, from Japan, because of its iconic work, the angry baby face, is known to many people. As early as 2007, Nara Michi launched a limited edition of 300 toy dolls based on an early illustration of it, each selling for $1,000.

What’s more, just six months later, the little doll named Sleepless night sleeping was sold at Sotheby’s in Paris for nearly $20,000, and the market price is still rising. The consumption ceiling of the toy market has surpassed the imagination of ordinary people.

Toys create their own IP
When it comes to toys, I have to mention Lego. To what extent is Lego hot? Like Disney, it has built eight Legoland parks around the world (China has no). The theme park of the Lego headquarters, Billund, a small town in the Jutland peninsula, Denmark, opened to the public in 1968 and covers an area of ​​140,000 square meters. Every year, tens of millions of tourists come.

At the level of personal fun, LEGO’s playability lies in its ability to create its own toy kingdom. It will make Lego fans willing to spend a lot of money, in addition to the huge box of rich content, the unique and flexible splicing shape of the Lego dolls, the killing power is also super strong. Lego has long been a symbol, even a style, which in turn affects animation and games. The super hero series “Lego Big Movie” from DC is an example. 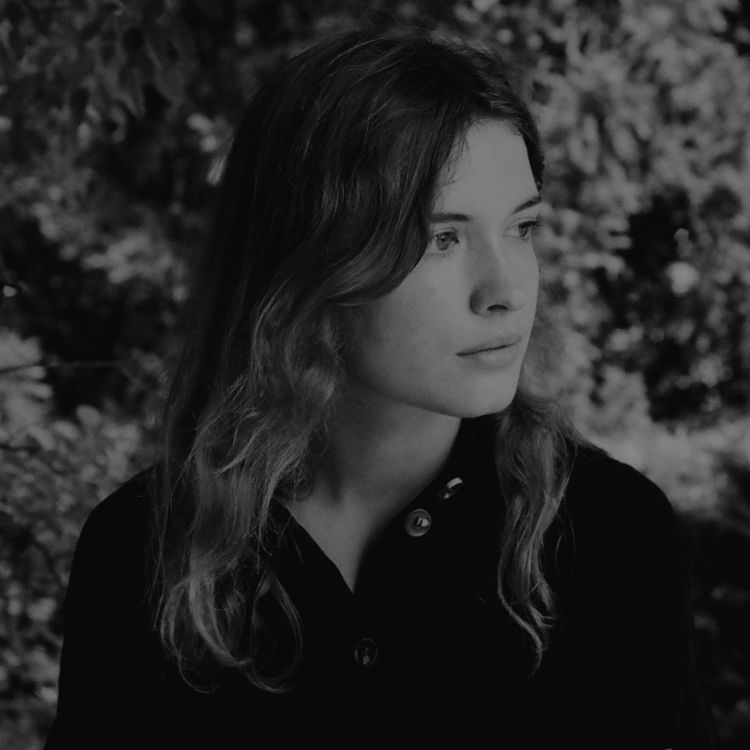 Lego, which has become an IP, has also been launching a character box group jointly with other IPs because of its plasticity. For example, in 2017, LEGO’s IDEAS series (a series of dramas, movies, and game licenses) and “Cartoon Network” in the United States “Adventure Time.”

The driving force of business’s own magic is like the “invisible hand” in the market game. When a casual idea comes out, consumers are ignited, and then the trend and specialized fields are formed with the potential of the original, seemingly accidental, but with deep motivation behind it.

Who is not interested in a game of gambling? For those who have collected ticks, the blind box is a great way to stimulate consumer psychology.

Regarding the blind box, I believe that people who are in contact with toys are no strangers to Sonny Angel. Dreams, a Tokyo-based toy company, was founded in 1996 and launched its first Sonny Angel product in 2005. In the more than ten years after its great success, toys of the same type began to emerge. The once-popular Sonny Angel is one of the most successful fashion toys in the early 21st century. It provides a good precedent for the operation of the blind box mode, and thus develops itself into a well-known IP in the toy industry.

At present, Sonny Angel has launched a number of series, each series contains 8 to 12 dolls, including different themes, such as animals, fruits, vegetables, etc., as well as limited edition theme for holidays.

Another well-known blind box series is the Funko Pop from North America. In just a few years, it has rapidly developed into a star brand in the US collection of dolls. It has also obtained authorizations from more than 150 world-renowned companies in various fields including Marvel, Disney, Pixar, and NBA. More than 5,000. Characters with a specific image in themselves, through the “variation” of Funko’s square head, even the evil characters become charming villains.

In addition, there are also the veteran representative Bearbrick and the particularly fiery Fluffy House and Pucky in recent years, which attract a large number of fans who may not be toy researchers to follow, and the blind box has successfully achieved the circle.

To some extent, dolls, like sneakers, have become a trend piece and have formed their own sub-cultural circle, and have even broken through the boundaries of subculture. As network conditions become more convenient, marketing models have become more diverse. New and old designers use various social platforms to open public accounts to upload works, and the niche things are gradually spread in the public’s field of vision.

The effects of toys today have in turn affected other related trend industries and even entered the orthodox art palace. For example, KAWS, a large-scale swell that has sprung up in recent years, can be seen in other fields besides toys. In the art market, the price of KAWS has reached tens of thousands of dollars, of which the Wonderful World item is priced at up to $400,000. It’s hard to say, “It’s just a toy.”

Why attract “big kids”?
There is a joke on Baidu Encyclopedia: British officials are found to be corrupt, but his money is not spent on large items or luxury goods, but on the purchase of art toys. His home is full of dolls.

Anyone will have a little collection. When we don’t know anything about the world, any interesting gadgets can ignite the most original joy and happiness in our hearts. Different shapes of rubber are also good, and the neutral refills of various patterns are good. For children, they may be unformed “toys”, which are the embellishments of life and different colors.

On May 8th, 2018, the Lego model of the wedding scene of Prince Harry and Princess Megan exhibited at Legoland in London, England, was built by eight model makers for 592 hours.

Since the 80s, the proportion of anime and games with people’s childhood has grown. Although it is possible that the specific content pursued after 90s and 00s is different, it is a coincidence that the ignorant person never gives up the declaration of the things he likes, and gradually guides the direction of the trend.

In the context of consumption upgrades, the age limit of the toy market has gradually opened up. It is based on the solid artistic skills of toy designers, especially the outstanding ability of painting and sculpture. Their design inspiration often brings surprises. The artistic language of extracting elements from popular culture is very easy to be understood and accepted by young people.

On the Ching Ming holiday in 2018, I ran to the Shanghai Toy Fair, one of the most influential trend of toy toys in Asia, which was twice as large as the Beijing show. At the three-day toy show, more than 200 top designers and toy brands from around the world were present, bringing a variety of unique works, and even some brands launched the “Shanghai Limited Edition” to attract large and small collectors. . It was clear that it was the first day. I didn’t expect that there were a lot of special models that had “sold out”, even the samples were not. Can not help but marvel at the speed of the buyers.

Before the hundreds of booths in the huge exhibition hall, children were rarely seen; most of them were excited young people who queued up to enter the stadium early in the morning. One of the bosses of the Japanese toy booth also participated in the auction of the scene. The author sees a man and a woman both middle-aged all the way to bid, their eyes are not a commercial deception, but the true love and the fun and friendship between the players.

In fact, in my opinion, the current hobby of toy collections, and the popularity of philatelic collections in the past, can be said to be similar in nature. Those who like toys are just a group of people who have kept their children’s hearts and have a longing for art. The fun brought by the collection is also very similar to the game. You never know what the frog will send you back with a gift, and you will never guess what the next idea in the artist’s mind is.