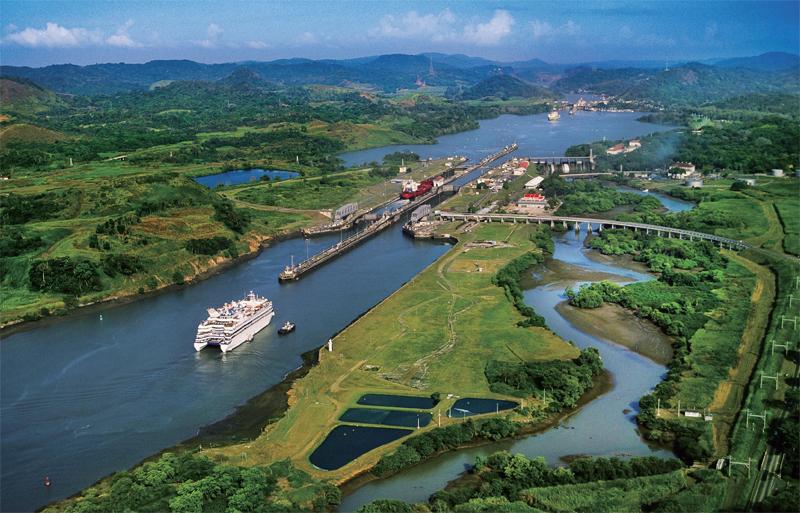 Overlooking the New York Harbor: Connecting the hinterland
Back in the 1624, where the Dutch set up trade points and traded beaver fur, the name of the land was called “New Amsterdam” – the most visible landmark was the Hudson River running under the foot. This large river, which stretches more than 500 kilometers from north to south, connects the development of New York Harbor with the hinterland of New York State.

Nowadays, the Statue of Liberty standing on the Freedom Island in the Hudson Estuary, overlooking the endless stream of ships every day, will marvel at the natural endowment given by God: the narrow channel of the Hudson River into the sea, more than 30 meters deep; Brooklyn The main channel of the bridge spans the East River, most of which have a water depth of more than 18 meters and a depth of nearly 33 meters. As a natural high-quality deep-water port, the New York Harbor faces a wide sea area and is extremely suitable for ocean trade.

Even so, the advantages of the early New York Harbor are not the most prominent. Baltimore, near the capital, Washington, and Philadelphia, Pennsylvania, also belong to large port cities. Until the end of the American War of Independence in the late 18th century, the market size of their exported goods also suppressed the New York Harbor.

The New York Harbor has developed a core competency that distinguishes it from other ports, starting with the excavation of the Erie Canal to Lake Erie in New York State.

Erie Canal: Nurturing International Metropolis
Why is the Erie Canal important? Because before the railway runs through the Midwest, who can borrow waterways across the vast mountains of eastern North America, the Appalachian Mountains, can reduce the cost of transportation to an incredible level.

Starting from Newfoundland, Canada, the Appalachian Mountains extend more than 3,000 kilometers to the south, forming a natural barrier between the eastern coastal zone of the United States and the vast lowlands of the mainland. Before the 19th century, it took a month for people to take a carriage from New York to Detroit, 900 kilometers away.

Throughout the rivers of eastern North America, the main waterway from east to west is only the Great Lakes – the St. Lawrence River. Although the waters of the Great Lakes are vast and connected to each other, a Niagara Falls blocks the merchant shipping channel on the Niagara River between Lake Erie and Lake Ontario.

In the Midwestern United States, although there is a north-south-bound Mississippi River, it is costly to travel south from the river to New Orleans and then to the Florida coast via the sea. For example, a pound of salt is 1 cent on the coast and 6 cents on the inland.

Relatively speaking, the United States Minnesota, Wisconsin, Michigan, Ohio and other states, the North to the Great Lakes to trade with the British North American colonies, it is much more convenient. If the United Kingdom is lured by means of trade unions, the relationship between the Central Plains raw material production area in the United States and the East Coast industrial and commercial area will become increasingly alienated.

Fortunately, in 1825, the Erie Canal was completed.

The man-made canal that pierces the ridge and swamps through the swamp, from Buffalo on the edge of Lake Erie, south of the Niagara River, connects to Albany, the capital of New York State in the upper and middle reaches of the Hudson River, with 83 sluices in between. After the cargo ship arrived at the Hudson River, it reached the New York Harbor along the river. In this way, a large number of cash crops in the Midwestern United States are continuously transported to the east, and industrial products and supplies are returned on the return journey.

The navigation of the Erie Canal promoted the industrialization and urbanization of the Midwestern United States, while bringing huge economic value and commercial profits to the New York Harbor. For example, from Buffalo to New York, land freight has reached $100 per ton, while transportation through the canal is as little as $10. The toll collected by the Erie Canal in 9 years exceeds the construction fee. The canal was later expanded and deepened, successfully countering the competition of the railway.

From a more macro perspective, the Erie Canal made New York enter the industrial era before the United States, and it also made the Midwestern states gradually enter the era of big factories. In order to obtain more labor, the factory owners shouted the slogan of “liberating black people” and “abolishing slavery”, paving the way for the large-scale conflicts that spread throughout the country and even the outbreak of the Civil War.

Due to the development of the Midwestern industry, the former slavery states of Kentucky and Missouri remained neutral until the outbreak of the Civil War, while more than 20 counties in western Virginia, adjacent to the Ohio Valley Industrial Zone, also disengaged after the outbreak of the war. Virginia, the owner of the Southern Manor, was independent of West Virginia and joined the Northern Confederation. It is the attitude of the more developed industries that have weakened the strength of the Confederacy and contributed to the defeat of the latter.

It can be said that the excavation of the Erie Canal gave birth to the international metropolis of New York, which led to the gradual formation of the Great Lakes industrial zone, mining area and urban belt, and indirectly promoted the progress of a country in an inevitable civil war.

The accelerated rise of industrial capitalism has also created a “National Manufacturing Center” for New York, which has a natural deep-water port, creating a favorable environment. In 1860, New York’s manufacturing output rose to the top in the country; in the 1950s and 1960s, New York’s population growth reached an all-time high, and the Big Apple became a colorful and prosperous capital in the eyes of immigrants.

As the first stop of European immigrants entering the United States in the 19th century, when merchant ships that crossed the Atlantic finally sailed into New York Harbor, Europeans on board might have the feeling that the entire United States is the hinterland of New York.